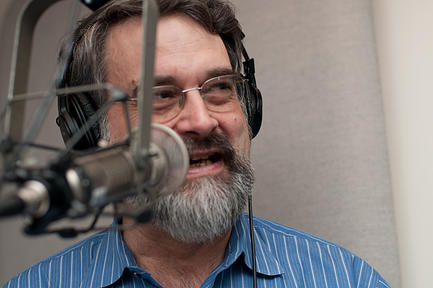 Jim Hessler is the founder of Path Forward Leadership Development Services and creator of The Leadership Platform™ — a proven model for growing leaders at all levels.  Jim’s 25-year “bootstrap” business career took him from low-level retail work (“Do you want fries with that?”) to a strategic executive post at one of America’s largest corporations.

His successful leadership of several corporate turnarounds gave him the perfect laboratory to test the ideas in his 2010 leadership primer, Land On Your Feet, Not On Your Face: A Guide to Building Your Leadership Platform – now used as a global leadership text by a Fortune 100 company as well as several Puget Sound firms.  His Boss Show co-host Steve helped write the book, although Jim has had to put his superb management skills to the test in keeping Steve in line.

Jim lives in Issaquah, Washington, and has been married for 38 years to Paula Weiss, a teacher in the Issaquah School District.  He’s a highly-trained classical pianist and a beaming grandpa of three. 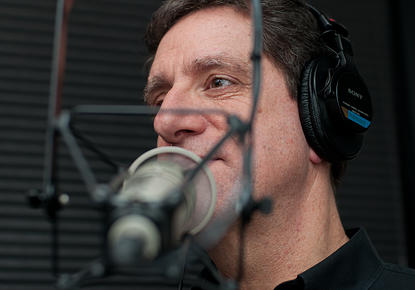 Steve Motenko graduated from the world’s most prestigious university (yes, Harvard) in 1975 with a degree in Social Relations.  In his early 20’s, he parlayed that psychology education into an award-winning journalism career.  Then, deciding journalism wasn’t his calling, he became an award-winning teacher and teacher mentor.

In 2001, Steve found his ultimate calling as an executive coach, life coach, and workshop facilitator.  He has worked with leaders at Boeing and Microsoft and delivered workshops and keynotes for the Center for Ethical Leadership. Steve now coaches leaders at companies throughout the Puget Sound to become better communicators, better bosses and better employees.

Steve is the co-author (with his Boss Show co-host) of the leadership primer Land On Your Feet, Not On Your Face.  With his extensive background in developing people, Steve is uniquely equipped to tolerate Jim’s annoying eccentricities.

Steve lives in what he considers paradise — Whidbey Island, Washington — with his wife of 14 years.

Tina Nole, owner of Larj Media is Executive Producer of The Boss Show.  An accomplished writer/editor for national news across multiple channels, Tina is an award-winning producer of top-rated news-talk and lifestyle terrestrial radio and podcast programs. Her production credits include CBS News Radio, the Dave Ross Show, The Ron Reagan Show and The Tom Douglas Show.  In addition to The Boss Show, her company  produces the popular Seattle Kitchen on KIRO Radio and The UW Medicine Pulse Podcast.  When she’s not at home producing for us, Tina also travels the world as a field producer for Peter Greenberg Worldwide.